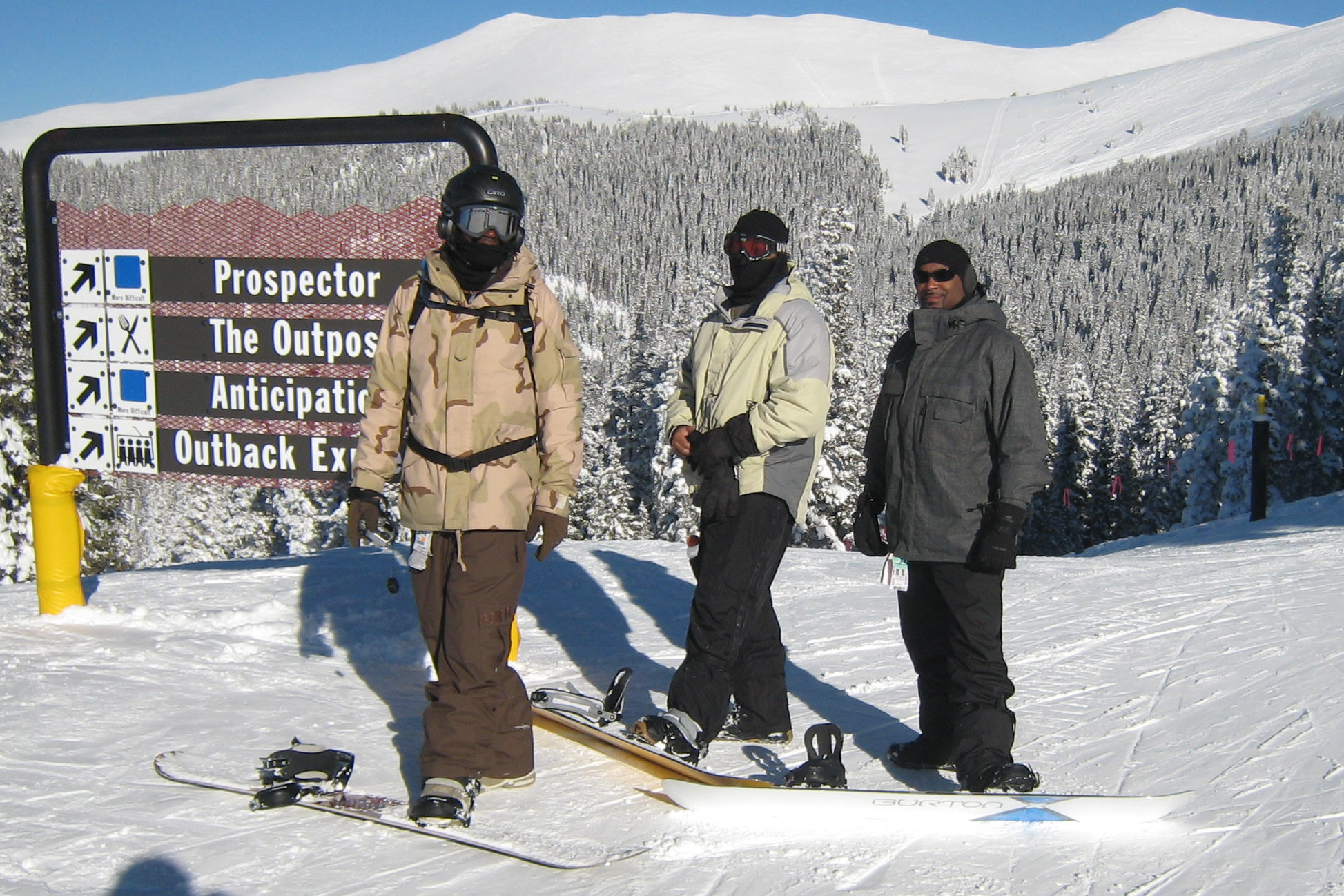 While snowboarding in Colorado I was given some advice I had long ignored. I was still riding sloppy and falling on intermediate runs, partially because I had a bad back that was making me ride stiff. My eating habits, lack of proper exercise also was a major factor. While me and a crew of brothers are carving our way down the mountain one of the yells out, “DO YOGA!!!”. I rolled my eyes at the thought of stretching with a bunch of women to flutes and incense. Now, this brotha was kicking ass down the mountain and built like a football player himself. After spending the day with him his recommendation took on more weight than my vegetarian best friend who was always trying to get me into strange shit like that. I wanted to get better before I got worse.

It wasn’t till I got one more wake up call from my doctor telling me that I was borderline hypertension and I was only 35 years old. Something had to change in my life cause I was just getting started in my life. Running was getting to be to hard on my back and I finally decided to take a community yoga class at a park. I immediately enjoyed the mild euphoria my mind and body felt after the class. Yoga means “to unite” and me uniting my mind and body was what was needed if I was going to make better use of this life. The postures were my first introduction and began to work on the lower back I damaged after abusing it moving myself and friends. I was into my second life after leaving behind grueling warehouse work in my 20’s. I used my body to dig me out of poverty and in to a middle class life. I was already headed for back surgery at a young age before yoga and done with my chiropractor after only 3 years of dedicated practice. To add insult to injury, my diet was so horrible that french fries were my only vegetable, besides the lettuce on a chili cheese burger. On top of all of that my stress levels were off the charts and I was quick to become angry like most African American men I knew. I was the classic brotha and the practice of balance being applied throughout my life changed all that in a remarkably short period.

The benefits of the practice have been life changing. From my diet to my physical and mental health all have improved along with my quality of life. As I deepened my understanding of the practice I naturally became a yoga instructor. Along with the coaching I was already doing with co-workers, friends and family, I could see the benefits my students were enjoying from the practice of yoga. I longed for introducing the benefits to my own culture and people who didn’t have the disposable income yoga studios in demanded. Yoga had turned into a billion dollar industry in America as it’s benefits were undeniable to American Capitalism which removes access to those who may benefit the most from a technology.

As an ancient technology I knew it would allow a return to our roots before the corrosive effects of White Supremacy taught us to go against ourselves. I’m 7 years in as a yoga instructor and President of the Board at a Non-Profit called The Tree South L.A. where my family and friends can practice by donation. We offer classes on yoga and meditation 7 days a week as well as offer a comprehensive training program for yogis of color to deepen their practice as yogis and even become yoga instructors themselves. It’s an opportunity to get more of my culture involved in the practice and provide a counter narrative to the corporate racism of White Supremacy. The more we can put our attention and focus on ourselves, the more we can unplug from the culture draining vampires of European Civilization cannibalizing the world’s resources instead of sharing and preserving them. We must start with ourselves and leave their self hate, false history, and lie of race to implode on itself. In Yoga we are one spirit or people of many cultures separated by space/time.