Why I teach Yoga I teach Yoga as a part of Warrior training. Yoga is not the poses you see but the strength of will to to get better in yourself. So many times as men we are told to be good soldiers. As a vet I say, Fuck that, I need warriors in my struggle against White Supremacy!
A soldier is the one who is a militant follower of an organization. On the other hand, a warrior exhibits bravery and courage under the given circumstance. This practice requires the courage to push through our fears and confront the truth of what is.

The times are changing as we sit here at this crossroad. The time of Aquarius has arrived. We can continue on acting as if one of the Monotheistic faiths will actually prevail as being right in their warmongering efforts, or accept the truth of this fallacy. You are all the same concept arguing over the correct language to convey the same thing. Only fools argue the validity of Love.

If you can’t own the humanity of “your religion” you become a danger to the rest of us. Why? Because you can’t recognize you are no different than the rest of the humans you are addressing. You become dangerous in your belief you are right and doing what is best for us all. You speak in an arrogance and become deaf to other perspectives. Your enemies aren’t people they become mere labels to put down like, nigga, chink, gook, liberal, conservative, Democrat, Republican, Muslim, etc.

I teach Yoga to strengthen peoples recognition of their own humanity. It’s a philosophy that asks you question your own heart before responding. It asks that you take responsibility for your emotional state instead of assuming the world shouldn’t be what it is and thereby suffering. It ask that you use your own discernment, discrimination or validation of what you believe. The time of Aquarius is a stand for The Age of Reason over superstition, assumption and prophecy. I teach balance of the mind. 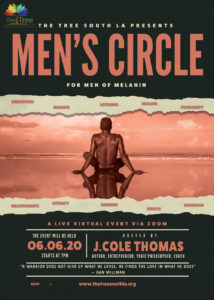 Recent posts
Useful info
What people have to say…

As life un-folds we are all subject to the “WAVES” of life, how one manages the wave is an entirely different ride. A few years ago I was faced with one of the biggest tides – SELF and as nothing seem to settle me I contacted Mr. Jay Thomas an old military buddy of mine that I knew had altered his path and had become a  Life Coach.

Last year about April I was in a time of my life where I felt a very strong disconnect within my self. It felt as though even though i was saying things they had no weight even when talking to myself and in return the things in my life showed that. Financially, Relationships, my Career, my health, were all in disarray.
END_OF_DOCUMENT_TOKEN_TO_BE_REPLACED